Office of Student Activities, Involvement and Leadership (OSAIL), PDPU organizes Vacation Workshops under Community Development Initiative (CDI) in every year. In its 9th edition in 2018, the programme included workshops such as Terracotta, Spoken English, Folk Dance, Art and Craft, Computer, Mehndi and Drama.

Over the course of three weeks, i.e. 14th May’18 to 1st June’18, from 9:30 A.M. to 11:30 A.M., through these workshops students learned many new things, developed and improved their skill and ability in these activities.

Children came from various villages such as Valad, Raisan, Koba, Jethipura, Premdhara, Shahpur, Sector 11, 13, 19 of Gandhinagar and some from PDPU itself. Each village was appointed one volunteer who used to bring the children to PDPU and then take them back.

The objective of the initiative by the institution was to impart knowledge and develop skills in the area of extra-curricular activities that helps the children in their future endeavours. The institution’s mission was to help the community develop by providing a helping hand to those who are not privileged enough. It is the university’s belief that if everybody takes up such initiatives, the society and the country would see tremendous change.

Art And Craft
“Every child is an artist.” - Pablo Picasso
Zinnat and her team had conducted the Art and Craft workshop. They had brought out the creativity within the students and helped them explore it on blank canvases. They relentlessly worked hard throughout the workshop and contributed their best towards the other workshops. It was all exhibited on the day of Closing Ceremony.

Terracotta
Children enjoyed the terracotta workshop which was conducted by Mr.Laxmilal. Out of mud, they learned to make pots, birds, animals and anything that came to their mind. With the use of Potter’s wheel, they had carved cups, bowls, earthen tumblers and many other such things. Along with the children, many of the teachers and staff also experienced this activity and felt relieved after the long day of work. As said by Pablo Picasso, “Sculpture is the art of the Intelligence”.

Drama
The Workshop for drama was conducted by Ankit and Harmit from Fanatika Theatre Club. The script was prepared and they taught children to act through their emotions. The play was executed successfully on the final day. The audience was impressed with the story line and the humour that lay within.

Folk Dance
Manoj sir had taught children various dance forms such as Ghumar and Sambhalpuri. They were enthusiastic in learning and performed their final dance on the day of closing ceremony. Everyone was happy and clapped for them. They had delivered a magnificent performance.

Spoken English
The Workshop for Spoken English, conducted by Darshana Ma’am and Rashmi Ma’am helped the children to understand the basics of the language. On the day of the closing ceremony, they gathered up on the stage and recited a narrative poem, thereby concluding what they learned past the 15 days.

Mehndi
Ms.Biral Doshi and her team had conducted the workshop for Mehndi. The workshop started simply by learning the techniques on a drawing book and then applying the same on the hands. Children were very excited and enthused to learn such new things.

Computer
The workshop for Computer conducted by Mumukshu sir yet again received the highest enrolment. Topics ranging from Paint, Word, Excel, PowerPoint and many other basics of MS Office were taught to the children. They really enjoyed this workshop.

Vacation Workshops have been an integral part of the activities conducted in University. Community Development Initiative started from 2009 with a motive to inspire children of surrounding villages to aspire for better education and a better future. The Vacation Workshops are one of the ways to achieve the motive.

Community Development Initiative (CDI) 2017 is an initiative taken by the Pandit Deendayal Petroleum University which was executed by Office of Student Activities, Involvement & Leadership. This was the 8th edition of this programme. Various workshops were conducted for children from different villages of age 10 to 15 over the course of three weeks, from 15th May’17 to 2nd June’17, from 9:30 A.M. to 11:30 A.M., to develop and improve their skills in several activities.

The children of villages that participated in this initiative were:

Each village had two volunteers who were appointed to bring the children to PDPU and then take them back. 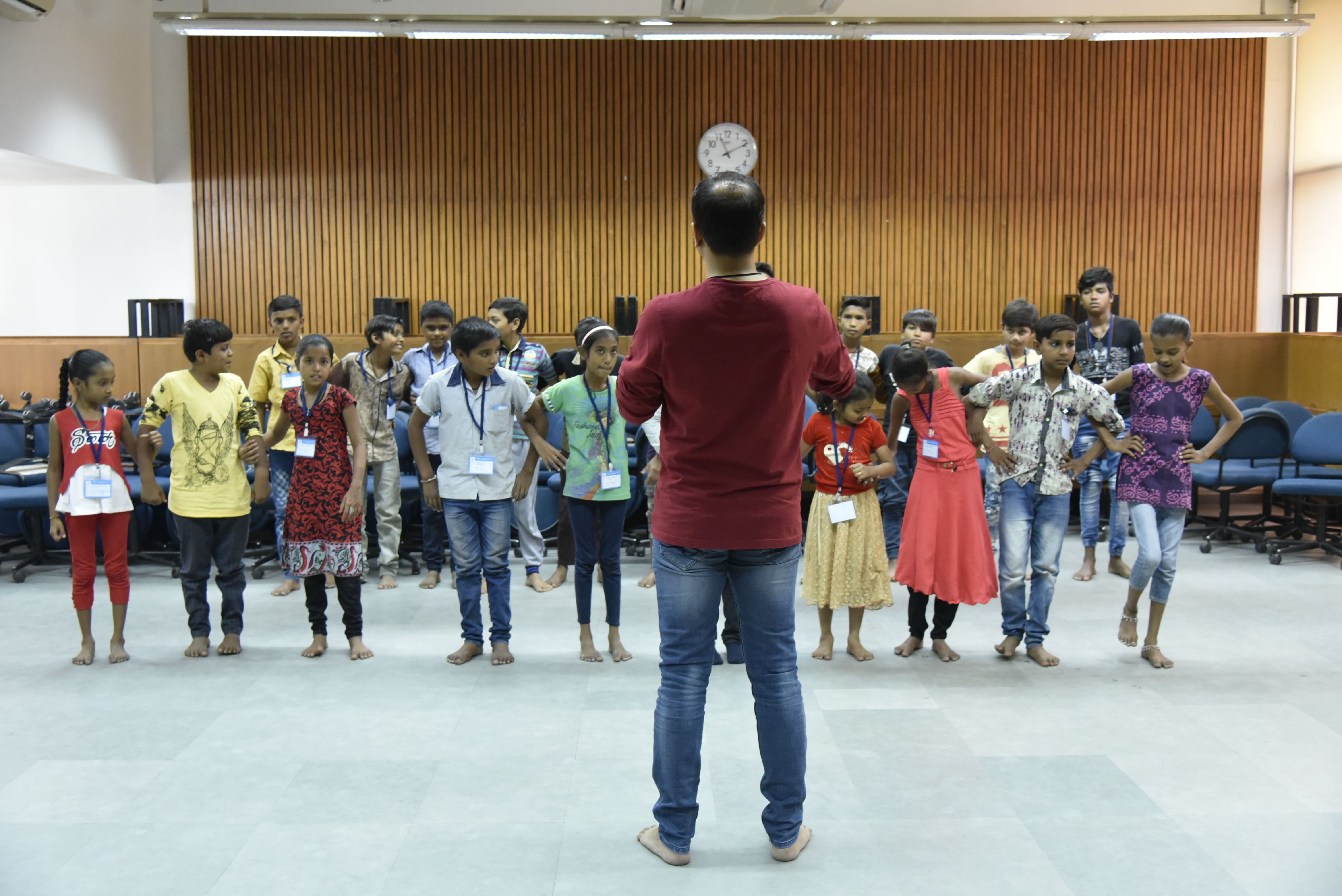 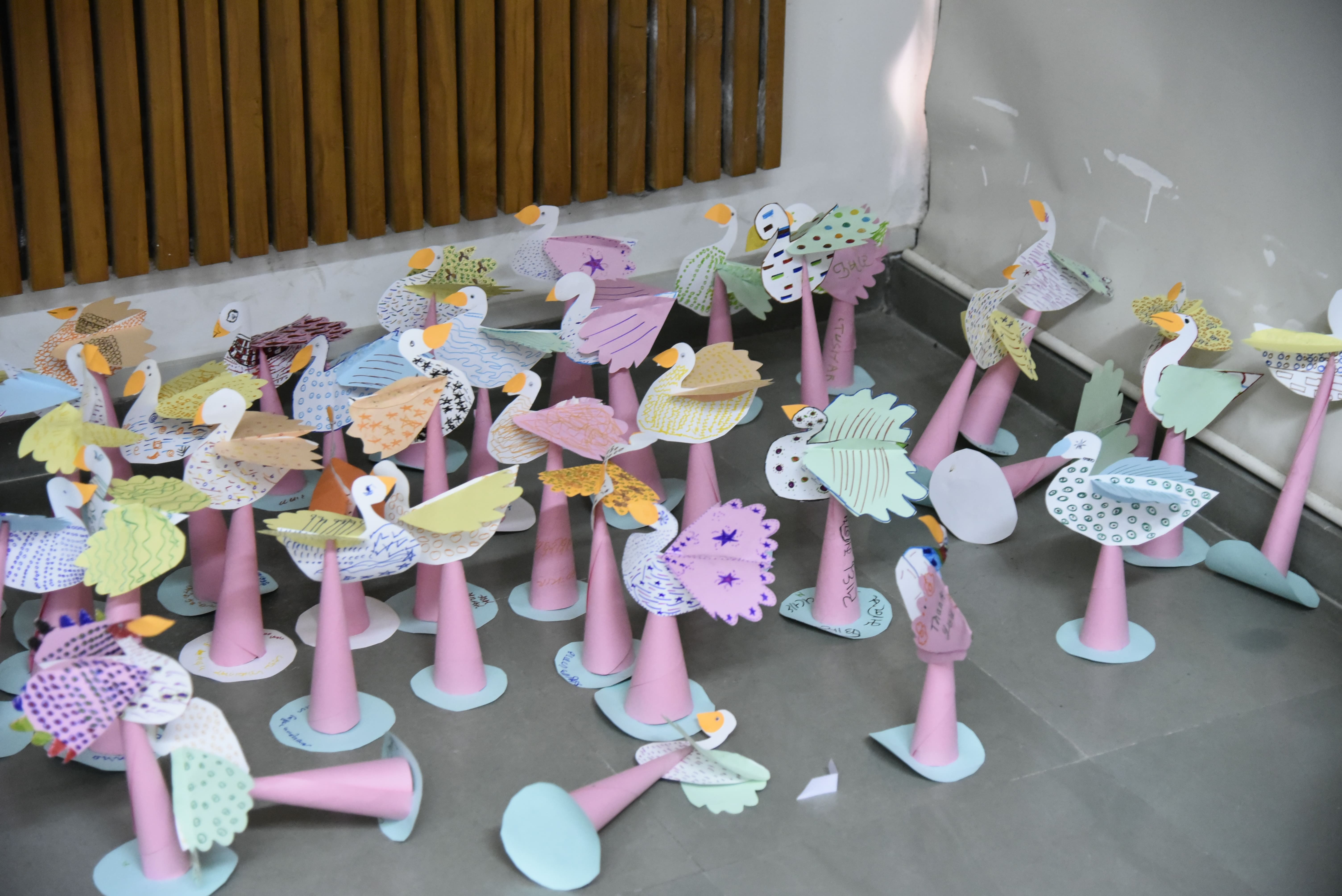 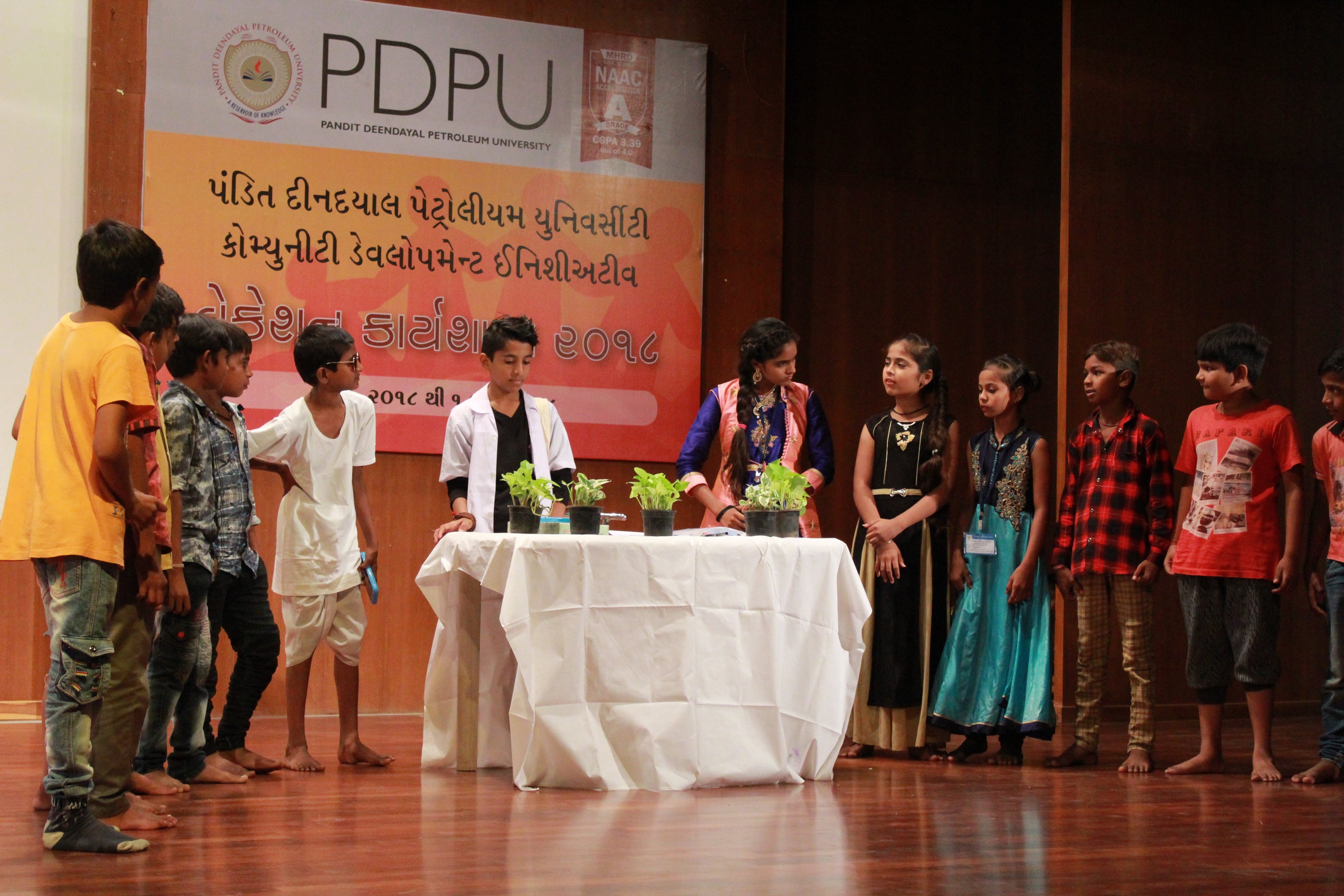 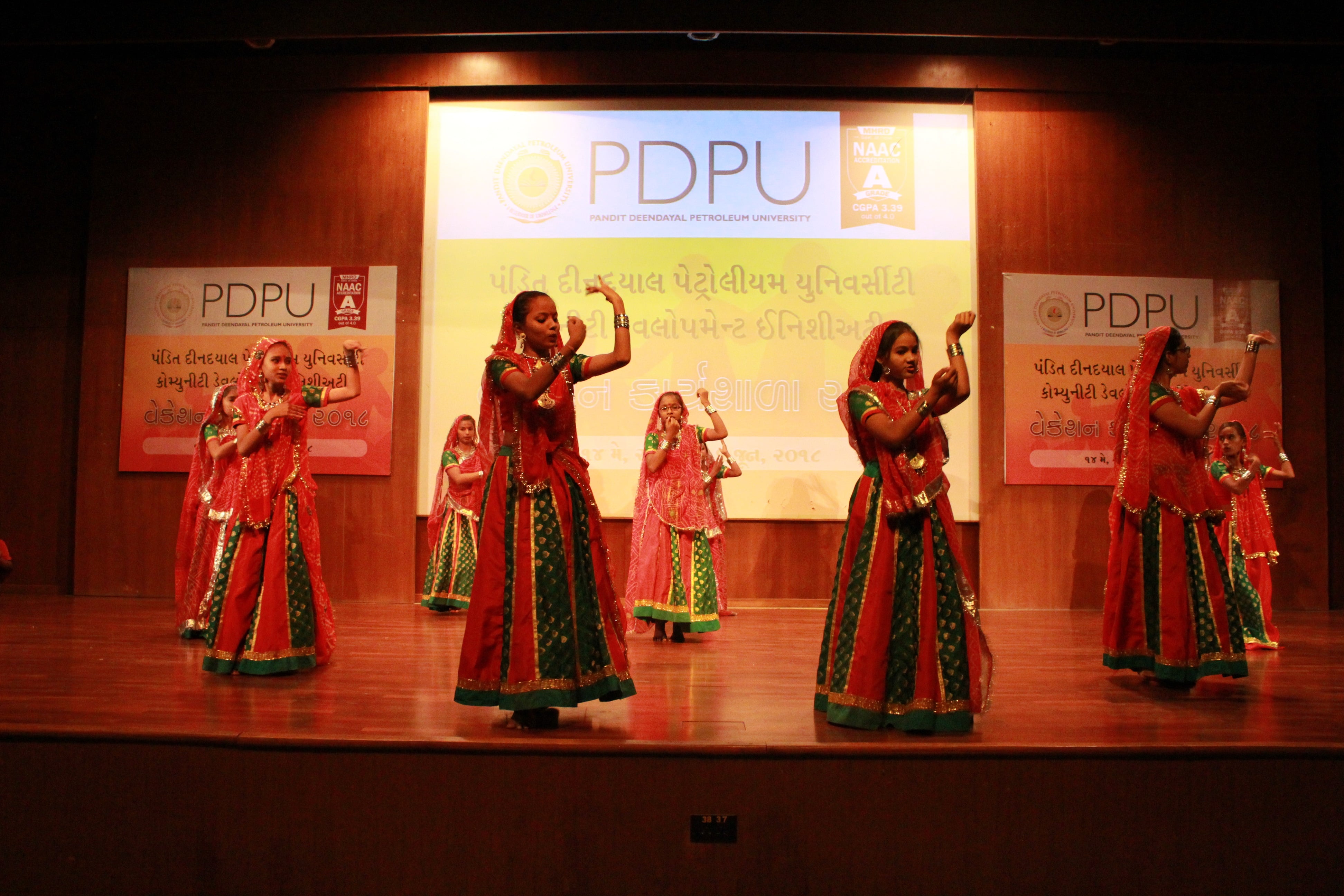 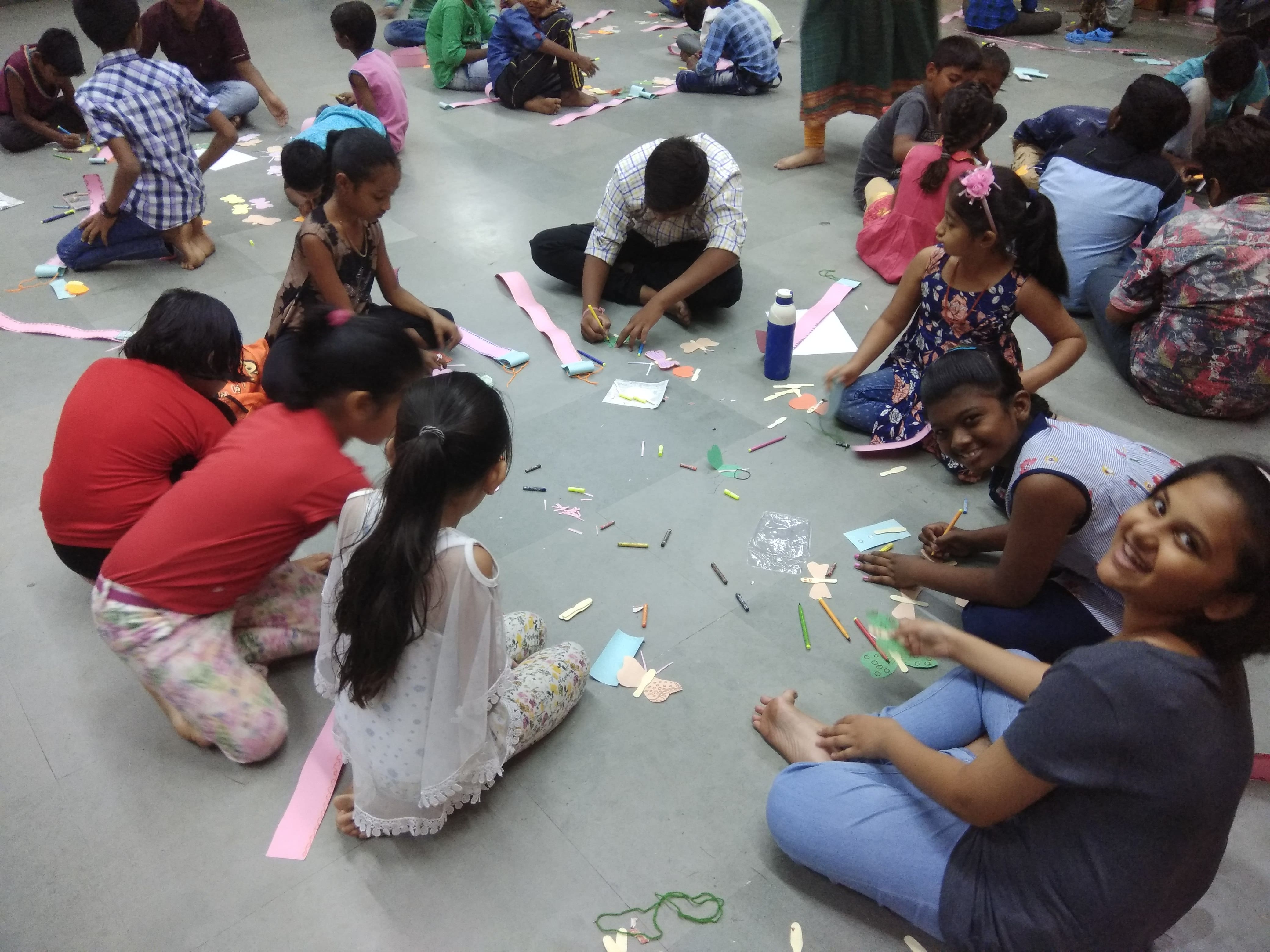 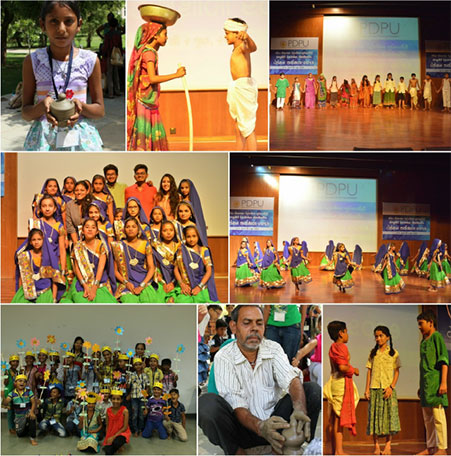 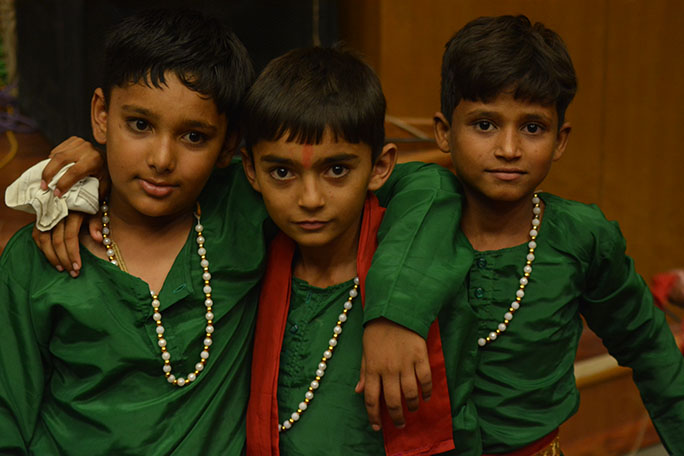 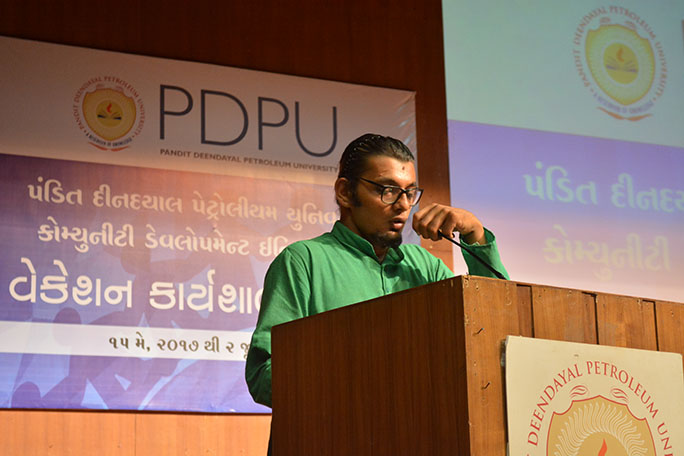 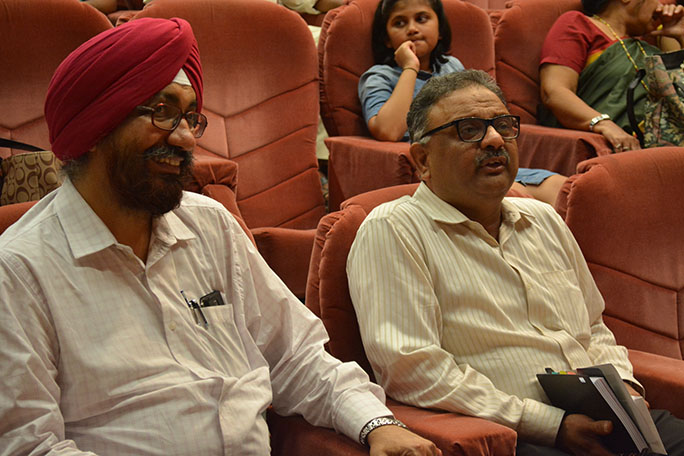 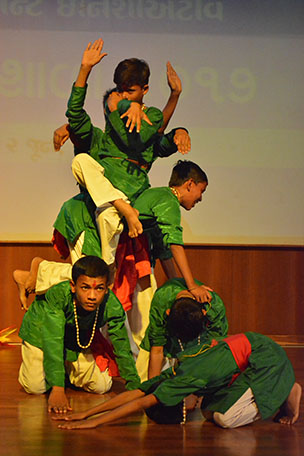 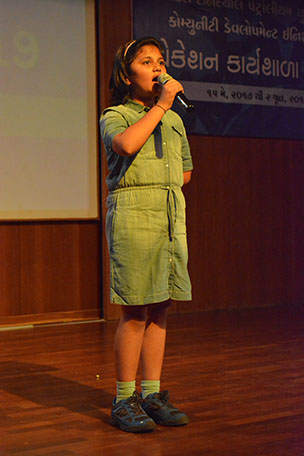 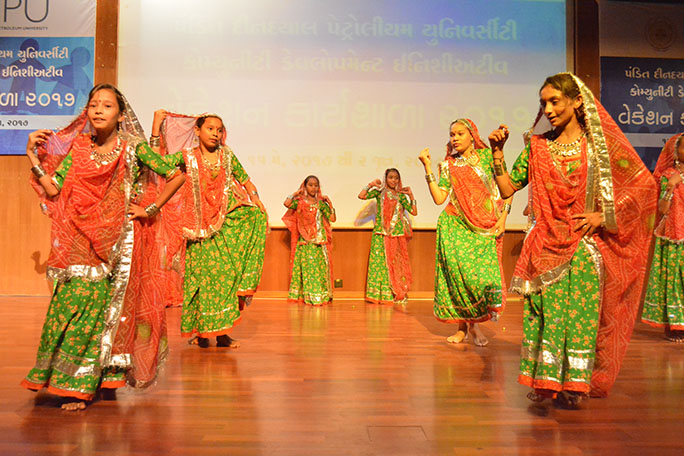 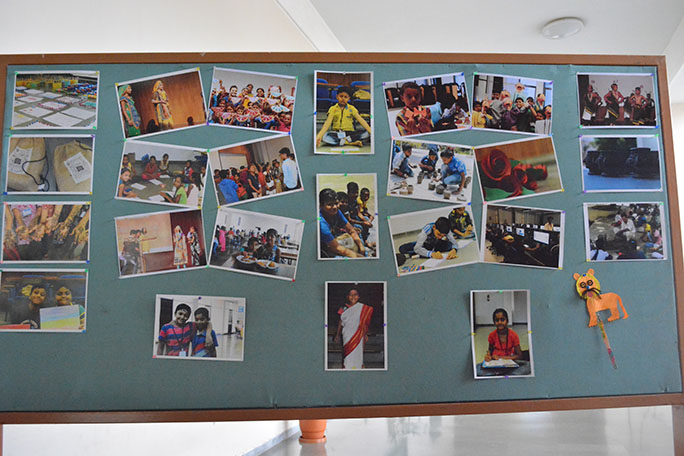 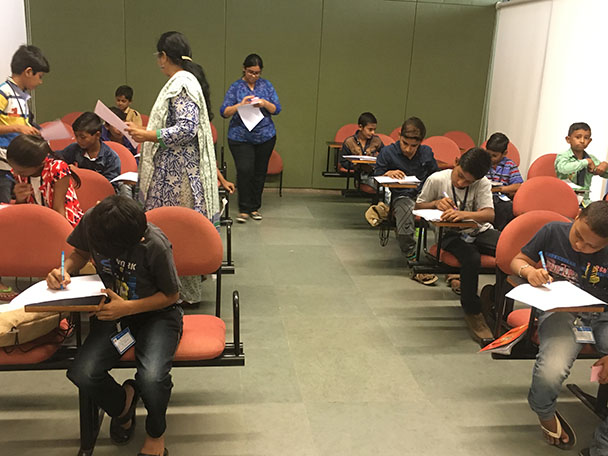 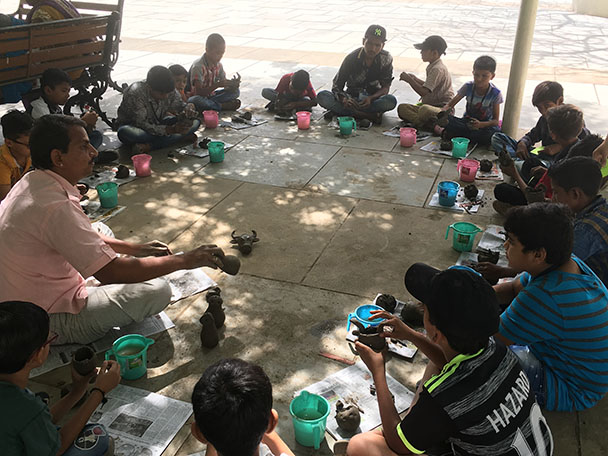 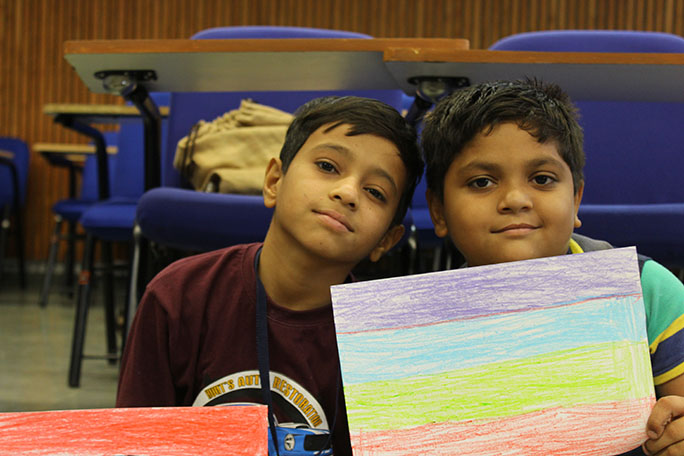 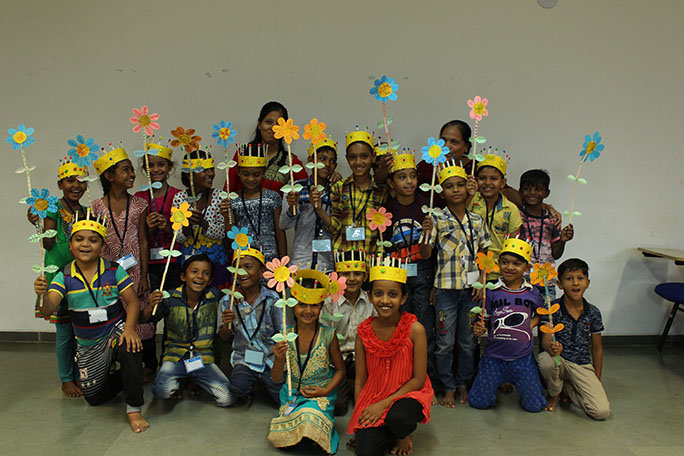 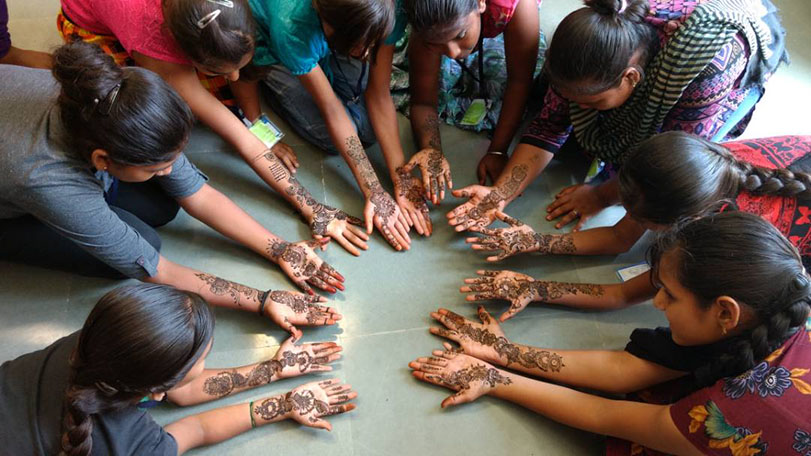 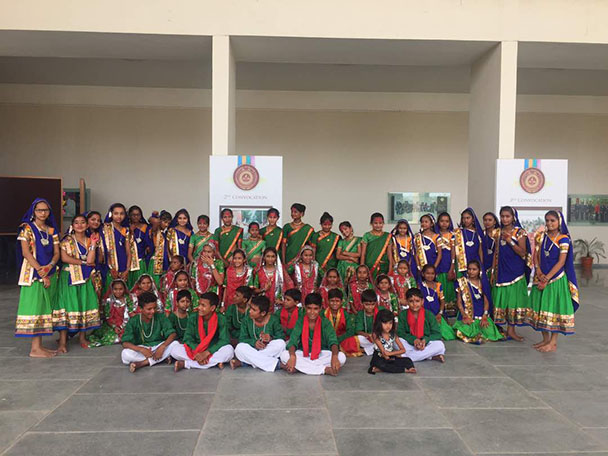 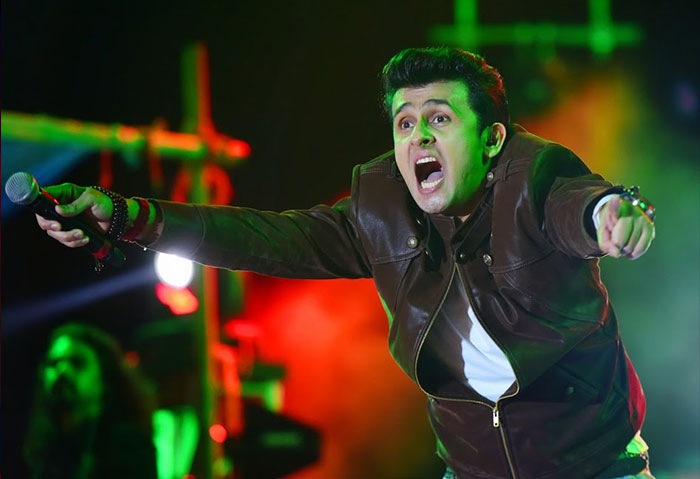 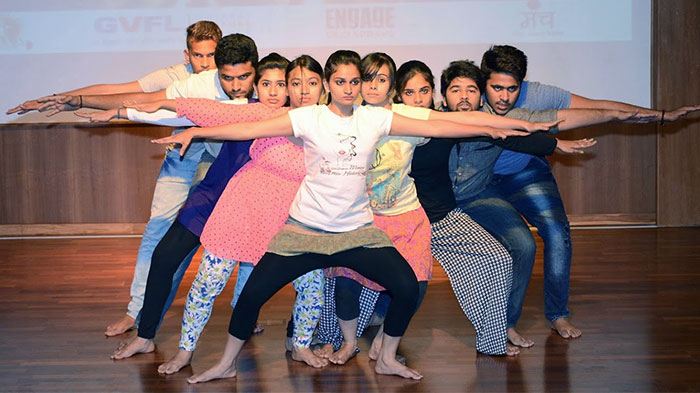 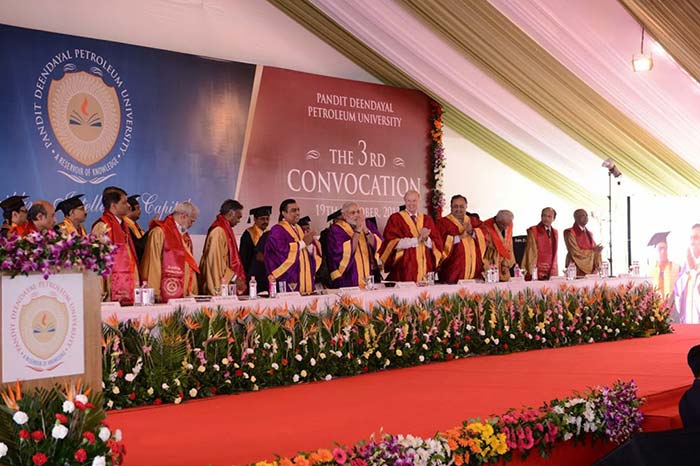